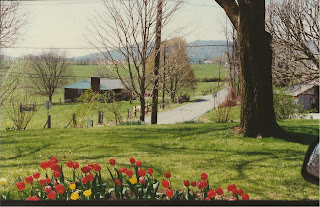 June 20, 2006
About ten years ago, I started to look for the identity of my four paternal greatgrandparents in Greenbrier County, West Virginia. I immediately hit a brick wall. Not only could I not findany of my greatgrandparents, I couldn't even find my grandparents.
I knew that they were all from the area and I was puzzled by my inability to find them. I branched out to neighboring counties and found my father's paternal grandparents in Monroe County. My grandfather was known by various names & showed up as a child with my father's name - William - though I had always known of him by his middle name - Hubert. I knew it was the correct family because of the names of his 13 brothers and sisters, some of whom I had met during my childhood.
My maternal grandparents were much harder to find. However, an archivist at the WV Division of Culture and History located my grandmother for a $10.00 fee*. My grandmother had been difficult to find as I had also known her by her middle name"Jane" and she was registered in her first name "Dora", a name that I had never heard **.
Somewhere along the line I decided that if I simply wrote down the names of every black/mulatto/native american that I could find in the area, (at the time just Greenbrier & Monroe Counties) then, by the process of elimination, I would locate my ancestors.
Every year I would send a copy of my draft notes to a historical society or museum. The first year I sent one tiny section consisting of, at most, forty pages to the Greenbrier Historical Society in Lewisburg and to the W.V. Division of Culture and History in Charleston. Now, there are 27 sections. Various versions of the notes are housed at the West Virginia Division of Culture and History, the Greenbrier Historical Society, the Amistad Research Center in New Orleans, & the WV State University in Institute, WV. Additionally, I assisted some of the "WV genweb" pages with their Black Residents sections. My notes are essentially an index of people who I found and the places where I found them.
I now feel that it might be of some help to folks who had ancestors in southeastern West Virginia to share some tips and information via a blog.
A disclaimer is necessary: I am not a genealogist ***. After ten years, however, I've learned to find some information in this area of the country. Because I'm not a genealogist I probably didn't adhere to a lot of "genealogical rules". I attempted to make my notes user-friendly. For instance names that sound alike are grouped together (e.g. the names "Lewis & Louis" are found together, as are "Payne, Pain, Pane, & Paine", and "Shovler, Shoveler, Shuffler, Shoffler"). Another disclaimer: Everything should be rechecked because mistakes can be made in typing or reading/interpreting the information****.

* Thank you Greg Carroll!
** I realized later that children were often named for an elder who was still living in the family home so they were called by their middle names (e.g. William Hubert would be called "Hubert") or a nickname, "Sissie", for instance.
*** I don't think that there is a license for this or a degree but I wouldn't hold myself out as one.
**** For instance, early on I read the name "Mepsenberg" as Mepsenberg. Later I learned that "ps" means plural s so the name is MeSSenberg.
Posted by Carol Haynes at 4:54 AM

this information has been very helpful as i am also trying to get information on my greatgreat grandmother who was from Ronceverte, WVA thank you