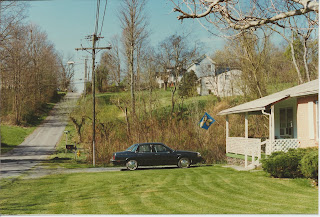 In his work, most Black residents are designated as "person(s) of color". However, some entries do not have this designation following the name(s).

Tip: If you see your ancestor's name but there is an incorrect racial designation do not take that to mean that it is not your ancestor. For instance, my greatgreatgrandmother and her husband (who were married in 1893) are not listed as persons of color in Shuck's Marriage Records or in the actual court records (which I personally reviewed). However, the officiant, Rev. Edward Saunders, was known to me to be a person of color. Because the officiant was Black I knew that these were my ancestors and not a Caucasian couple with the same names. I think it is unlikely that a Black minister would have married a Caucasian couple in WV in 1893.

I purchased my copies of Shuck's books from the Greenbrier Historical Society (GHS). The books are published by Iberian Publishing Company of Athens, Georgia. I believe they can also be ordered on the net via the WV GenWeb site. I think there are people on the WV Genweb site who will do look-ups from Shuck's books.
Posted by Carol Haynes at 7:27 PM